The PSA tour resumption continues today with Round One (bottom) at England’s National Squash Centre in Manchester. You can Watch Live on SquashTV/Eurosport, and we’ll have results, reports and roundups as the event goes on. 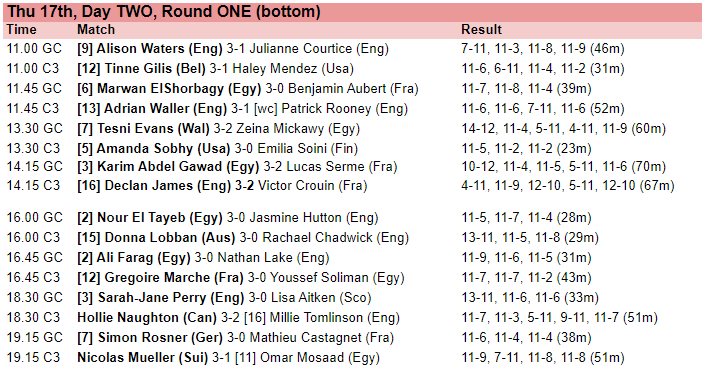 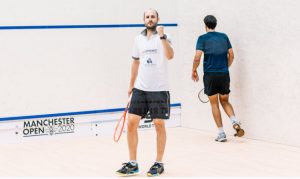 Two upsets on Day Two as Round One concluded, Canada’s Hollie Naughton taking out Millie Tomlinson in five and Swiss Nicolas Mueller ousting Omar Mosaad to set up a second round clash with an impressive looking Simon Rosner.

Tesni Evans – runner-up last year and twice National champion on this court – was taken the distance by Zeina Mickawy in the women’s match of the day, while Karim Abdel Gawad and Declan James both needed all five games to progress in the men’s draw.