United States No.1 Amanda Sobhy has recaptured the form that saw her reach her highest World Ranking of No.6 before she ruptured her achilles at the 2017 Ciudad de Floridablanca. 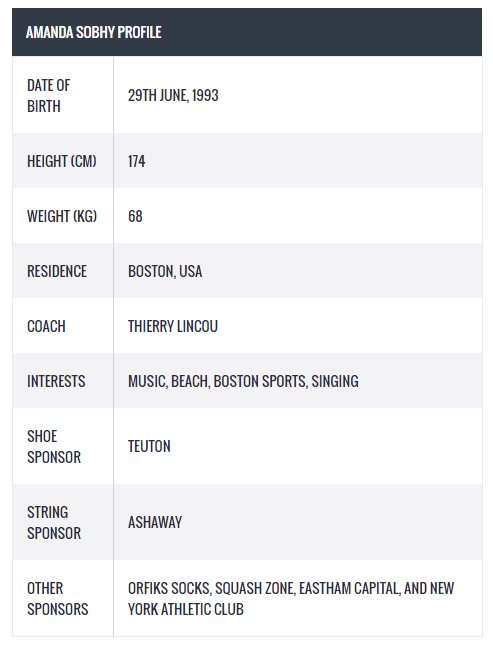 Sobhy has made huge strides on the PSA World Tour since her injury and in 2019 won her biggest PSA title to date at the Texas Open and reached the semi-finals of the El Gouna International last week.

The American is one of the most charismatic players on the women’s tour and is a big threat to the top seeds at the tournament, having already recorded wins over No.1 seed El Tayeb this season – including most recently at the El Gouna International last week, where she came from 2-0 down to reach the semi-finals of the Platinum tournament.

Sobhy will face either compatriot Olivia Blatchford Clyne or England’s Julianne Courtice in the second round.