England’s No.1 Sarah-Jane Perry will be hoping to produce a strong showing on home turf when she leads the English charge at the Manchester tournament. 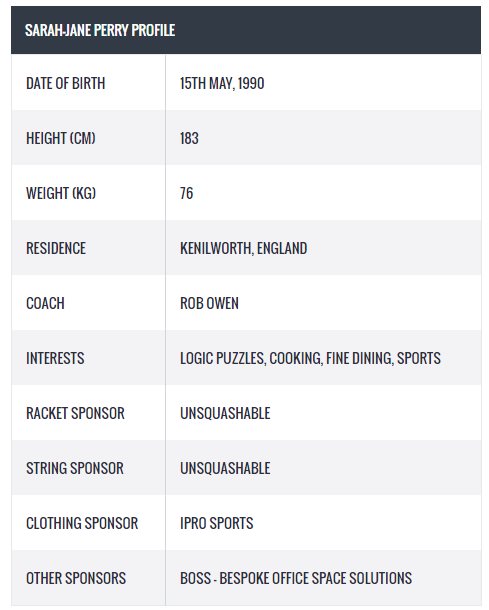 Perry started the 2018/19 season strongly, retaining her title at the Oracle NetSuite Open in San Francisco, before going on to reach the final of the Carol Weymuller Open.

2019 has produced a mix bag of form for the Englishwoman while she recovers from surgery on her elbow. However, Perry looked to be back to her best at the recent El Gouna International where she reached the quarter-finals, losing out narrowly to France’s World No.4 Camille Serme in a high-quality match.

She will face either eight-time World Champion Nicol David or Canada’s Samantha Cornett in round two. 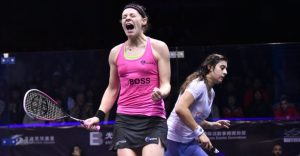 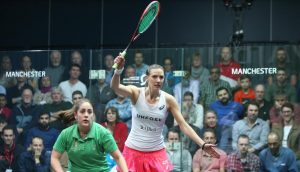 November 18, 2018
Some of the world’s greatest female players will line up at Manchester’s National Squash Centre next May for the inaugural Manchester Open ... ...
Read More