New Zealand’s World No.5 Joelle King is the number two seed at the tournament and will be looking to add to her title haul this season, which saw her pick up her first PSA World Tour Platinum title. 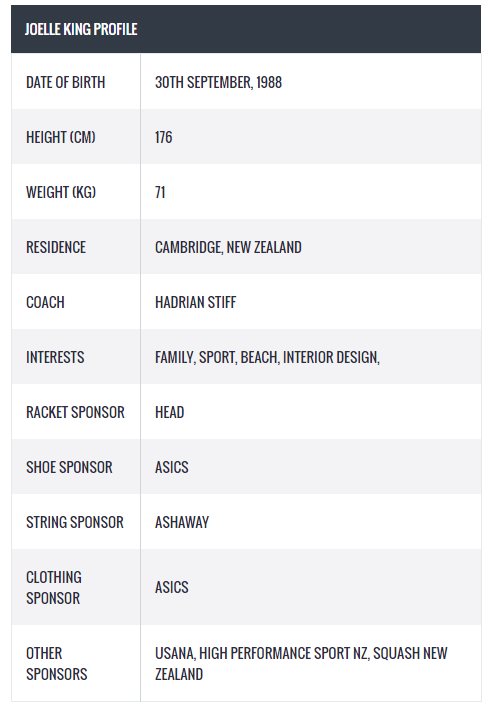 King stormed to victory at November’s Hong Kong Open, defeating the newly crowned World No.1 El Welily in straight-games to win her maiden Platinum title. The Kiwi has also reached the semi-finals of both the J.P. Morgan Tournament of Champions and Black Ball Squash Open in 2019.

This season the 30-year-old rose to a career-high of World No.3 in February and has regularly reached the latter stages of the big tournaments to cause a threat to the top Egyptian women.

World No.5 King will be hoping to continue that form when she heads to Manchester and is due to meet El Tayeb in the final.

King will face either Belgium’s Nele Gilis or Scotland’s Lisa Aitken in round two.