The world’s best squash players descend on Manchester and this year, the event will be bigger and better!

The Manchester Open is one of Europe’s biggest squash tournaments and forms part of the jam-packed PSA World Tour calendar.

A PSA World Tour Silver tier event, the Manchester Open will feature 48 of the world’s greatest squash players, including the cream of British talent, such as England’s No.1 Sarah-Jane Perry and Welsh World No.8 Joel Makin.

Hosted at the National Squash Centre in a stunning all-glass court arena – located on the Etihad Campus in the East of the city – the Manchester Open has seen players from across the globe lift the trophy. Manchester has a close association with world-class squash and also hosted the AJ Bell PSA World Championships in 2017 at the Manchester Central Convention Complex.

This year’s Manchester Open will be the fourth instalment of the event and is expected to be bigger and better than ever. For this year’s event a series of activities have been designed to provide an amazing squash experience to all fans of the sport, including:

Tickets are now on sale! Grab yours now and enjoy top class squash! 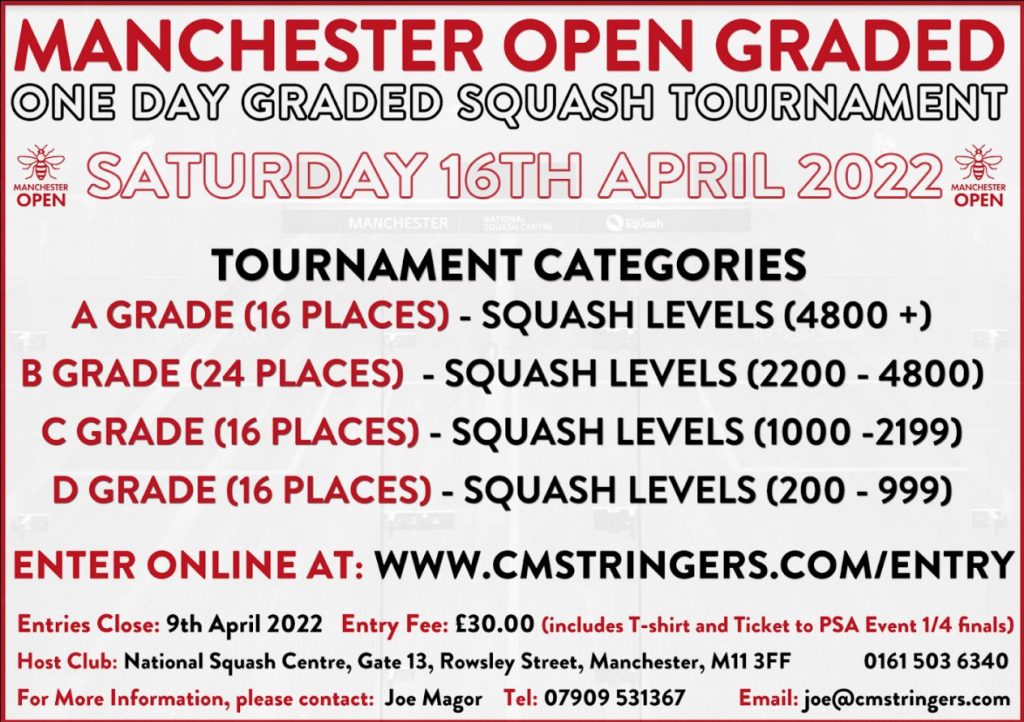 How to watch Live

Live coverage of the entire tournament will be shown on SQUASHTV and the semi-finals and final will also be shown live on mainstream broadcasters such as BT Sport.