British National champion Tesni Evans will be one of the big names to watch when the Manchester Open gets under way. 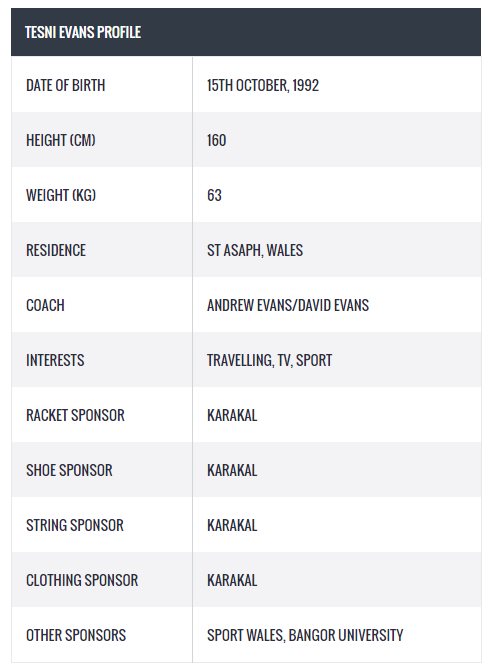 The Welshwoman has become one of the main contenders on the women’s tour for the big tournaments after a string of impressive performances.

The 26-year-old is currently at her highest World Ranking to date and has acquired runner-up finishes at both the Cleveland Classic and Monte Carlo Classic.

One of her best performances of the season came at the 2018 U.S. Open when she reached the semi-finals for the first time at a PSA Platinum event. She also made history as the first Welsh player to reach the last four stage of that tournament.

The Welshwoman is sure to be one to watch for the title in Manchester and will be aiming to break through the field to claim her first PSA title of the season.

Evans will take on either wildcard Rachael Chadwick or Netherlands’ Milou van der Heijden in the last 16.