The PSA tour resumes in earnest today with Round One (top) at the England’s National Squash Centre in Manchester. You can Watch Live on SquashTV/Eurosport, and we’ll have results, reports and roundups as the event goes on.

Day One : Turmel turns in the only upset

There were no upsets in the afternoon session’s eight matches, as five Egyptians including world champion Tarek Momen progressed. Top seeds Camille Serme and Mohamed ElShorbagy progressed in the evening session, and the only upset of the day came as England’s Lucy Turmel took out Nada Abbas in four close games. 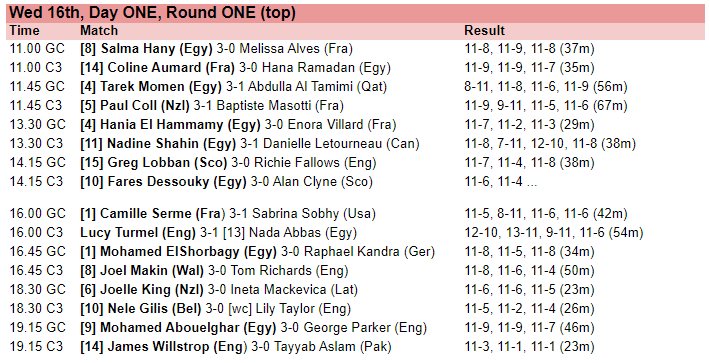