The PSA World Tour will make a long-awaited return when the world’s top players line up at the Manchester Open, PSA Silver tournament from 16th to 22nd  September as the six-month suspension of professional squash due to the global COVID-19 pandemic comes to an end. The tournament, originally scheduled for May 2020, will be held behind closed doors, will be delivered in partnership with Manchester City Council and will follow strict COVID-19 protocols to ensure the health and safety of all players and on-site staff.

Following the inaugural women’s tournament in 2019, a men’s Silver tournament has been added to the bill and the men’s draw will feature the entirety of the top 10, with World No.1 Mohamed ElShorbagy headlining the draw ahead of World No.2 Ali Farag, World No.3 Karim Abdel Gawad and World Champion Tarek Momen.

ElShorbagy will begin his tournament against Germany’s World No.29 Raphael Kandra, with a possible second round clash with Colombia’s Miguel Rodriguez, who faces Pakistan’s Tayyab Aslam in round one, in store.

The World No.1 will face tough competition to get to the final, with his side of the draw including World No.4 Momen, New Zealand’s World No.5 Paul Coll and Peru’s World No.6 Diego Elias.

At the opposite end of the draw, Farag will line up against Scotland’s Greg Lobban in round one with the likes of compatriots Gawad and Marwan ElShorbagy on his side of the draw, along with Wales’ World No.10 Joel Makin, who will face France’s Victor Crouin on the opening day of action.

Along with Makin, there is strong home interest in the men’s draw in the form of England’s former World No.1 James Willstrop, Declan James, Tom Richards, Daryl Selby and Adrian Waller, while the wildcard place is awarded to St. Helens-based Patrick Rooney.

Meanwhile, the women’s draw is led by France’s World No.3 Camille Serme, with the likes of defending champion New Zealand’s Joelle King, World No.4 Nour El Tayeb, England’s World No.5 Sarah-Jane Perry and Wales’ World No.9 Tesni Evans all included in the draw.

Serme will begin her tournament against USA’s Sabrina Sobhy and could face Egypt’s World No.6 Hania El Hammamy in the semi-finals, should the draw go to seeding, with the two contesting some of the best matches of the 2019-20 season.

Title holder King, who defeated Evans in last year’s final, will begin her title defence against Latvia’s Ineta Mackevica in round one.

At the opposite end of the draw, Egypt’s El Tayeb will come up against England’s Jasmine Hutton in round one, while home favourite Perry will take on Scotland’s Lisa Aitken on the opening day at the National Squash Centre. 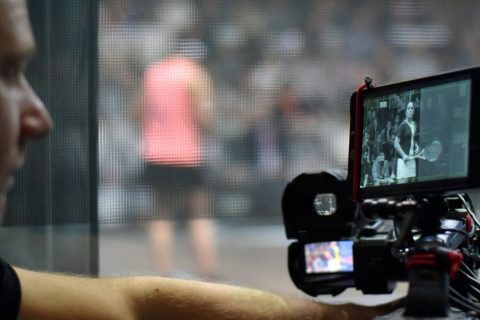