Tickets for the 2023 Manchester Open are on sale now, with the fifth instalment of the PSA World Tour Silver event set to take place between May 17-21 at the National Squash Centre. 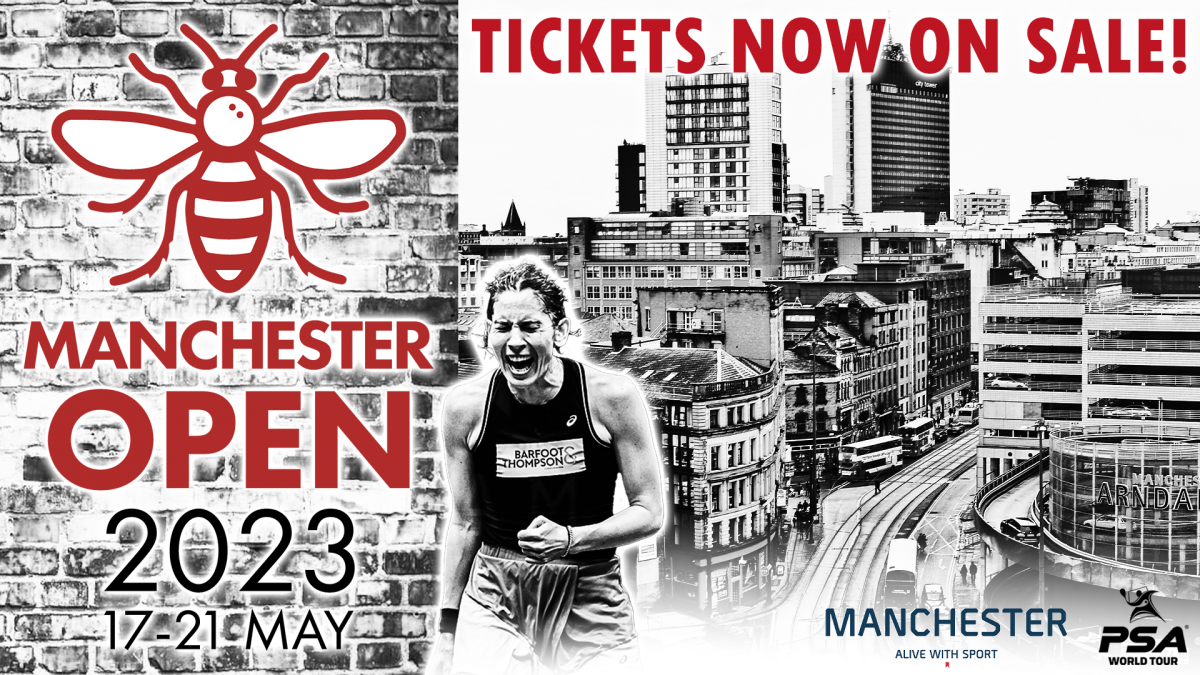 The five-day event will see a state-of-the-art glass court erected in the indoor athletics track at the National Squash Centre, giving squash fans the chance to watch a host of world-class squash talent from Britain and beyond. Fans can book a front row seat to all of the action now by visiting the official event website.