An exciting spring of squash is coming to the UK next year with tickets for the 2022 Allam British Open and Manchester Open going on sale today for squash fans to get their hands on.

The Allam British Open will take place from March 28th to April 3rd at Hull’s Allam Sport Centre before the Manchester Open will be held at the National Squash Centre in Manchester from April 13th to 18th.

The Allam British Open is where legends are made and the world’s leading stars will look to do battle with the likes of defending champions Paul Coll and Nour El Sherbini for the prestigious PSA World Tour Platinum trophy. A strong British core of players – headed by Sarah-Jane Perry and Joel Makin – will also line up in Hull.

The PSA World Tour then quickly heads just across the country to the Manchester Open, PSA Silver event. Both 2021 winners Diego Elias and Hania El Hammamy are making big statements on the PSA World Tour and, alongside the best of the British squash talent, are likely to return to defend their titles. The event promises to be bigger than ever with a second, state-of-the-art glass court being erected in the Indoor Athletics Track at National Squash Centre.

Squash fans can purchase their tickets for the Allam British Open here and the Manchester Open here. 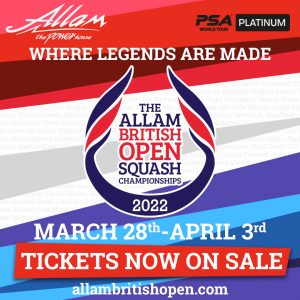 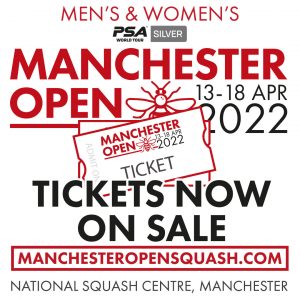 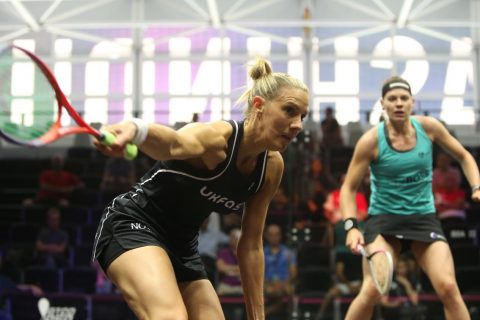