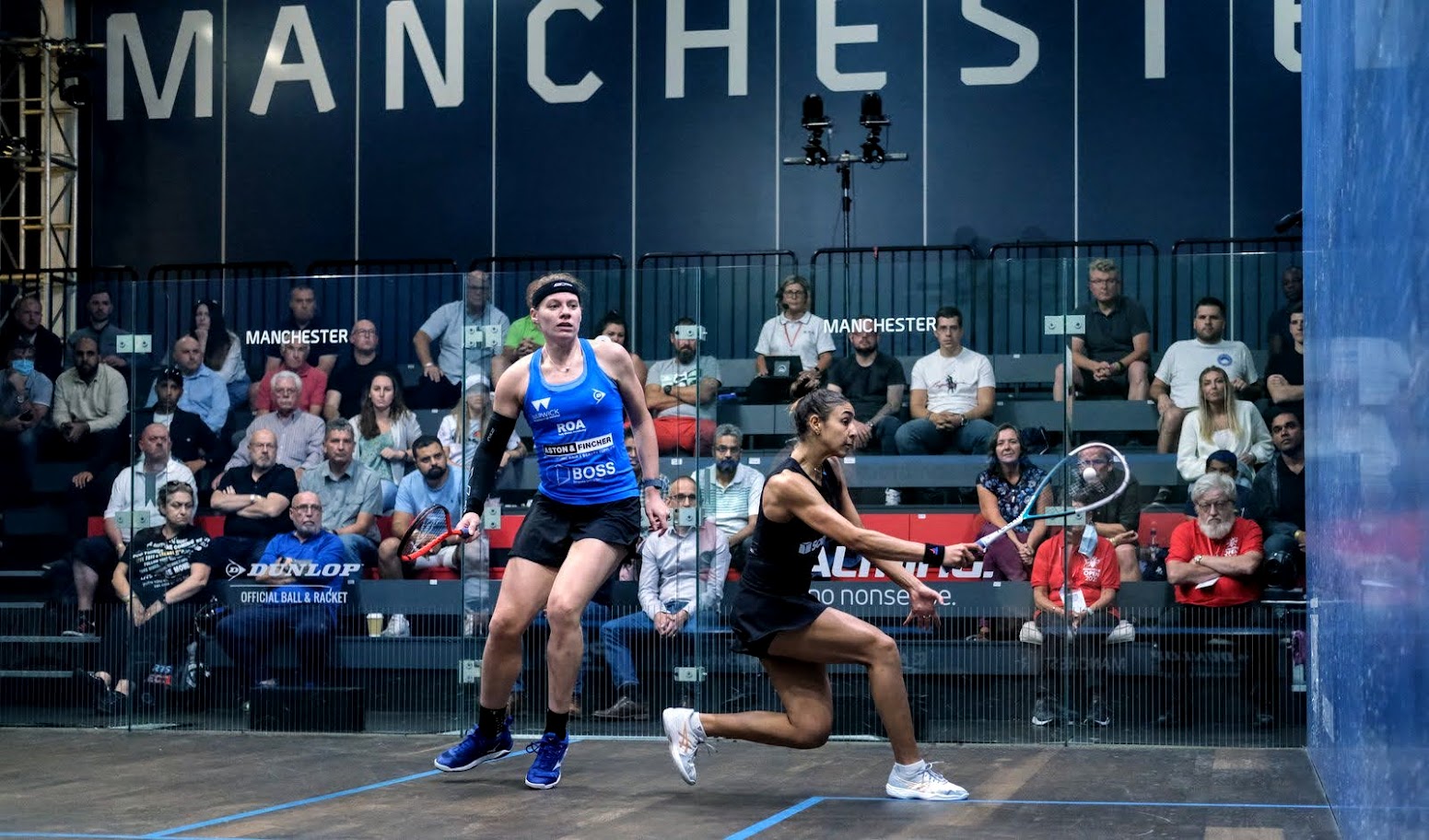 El Hammamy, the women’s World No.7, had lost to Perry in front of her home crowd when she surrendered a 2-0 lead to the England No.1 at the CIB PSA Black Ball Squash Open back in December. 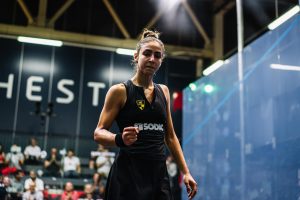 However, she was in scintillating form tonight in Manchester as she outclassed her opponent, and she has now lifted her seventh PSA title following her 11-5, 11-9, 11-7 victory over World No.6 Perry.

“I’m so happy and relieved with that win,” said El Hammamy. 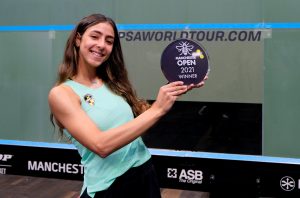 “I think it was obvious that I was so angry in my play. I was so eager and hungry. That’s not because I wanted revenge against SJ but a lot of stuff in my mind that I want to prove to myself.

“It felt like I just wanted to prove to myself that this is what I’m capable of. I’m really glad I managed to perform like this and push, even when I was leading and SJ found her way back in the second game, I kept fighting and didn’t want to let it go easily.” 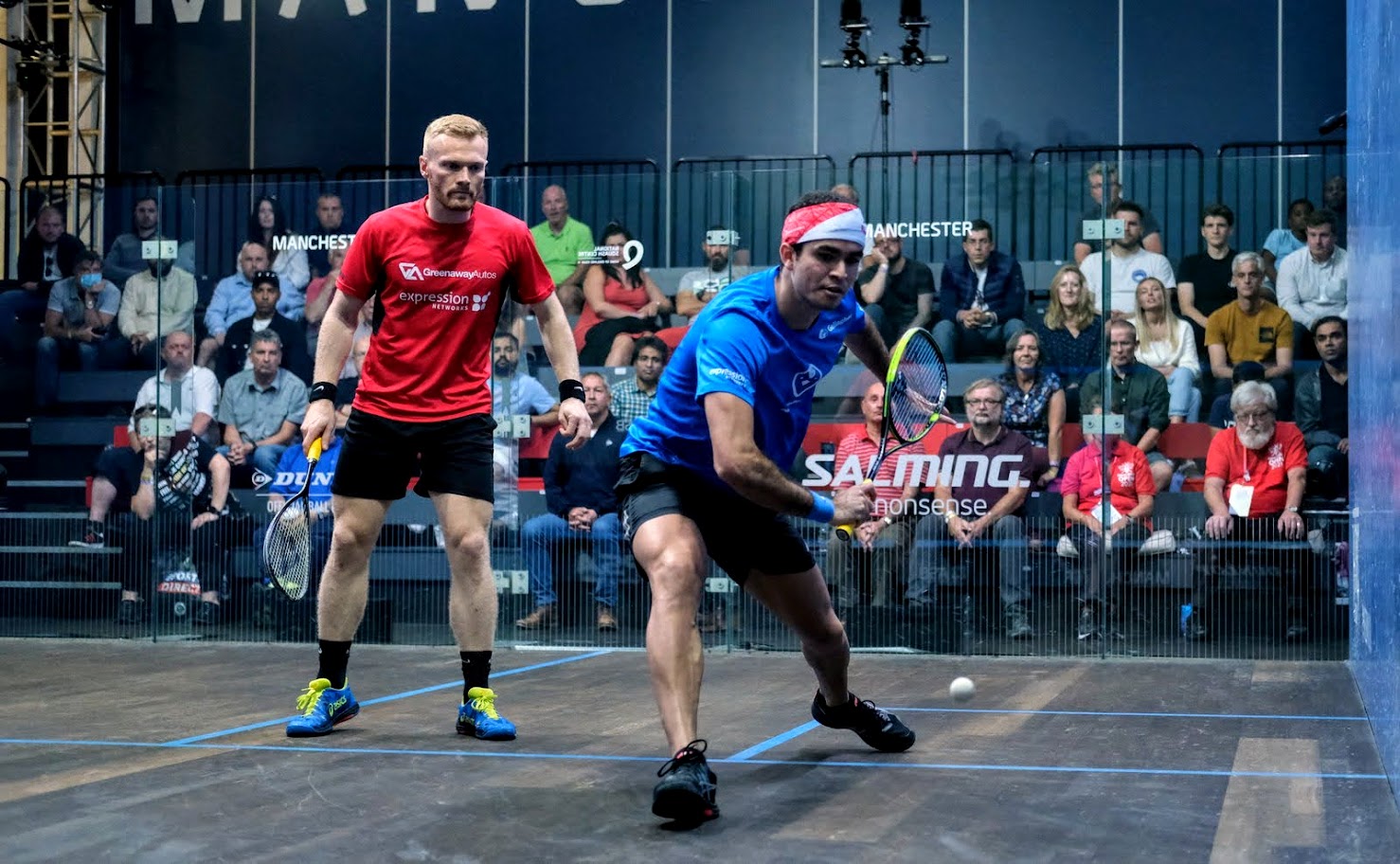 Peru’s Diego Elias also put in a performance to remember as he overcame World No.10 Joel Makin to win the men’s trophy, his eighth PSA title, in only his second PSA event of the season following a seven-month spell on the sidelines due to a hip injury. 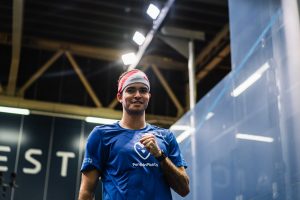 Makin has spent over 450 minutes on court over the past two weeks throughout both this tournament and last week’s British Nationals – which he won at this very venue – and he pushed Elias all the way to a tie-break in the opening game.

But Elias converted and drained Makin’s energy over the course of the next two games with some well-constructed rallies, and he was duly awarded with a 12-10, 11-6, 11-6 victory in 59 minutes.

“I’m really happy to be here and it’s my first win on SQUASHTV, so I’m happy,” said Elias. 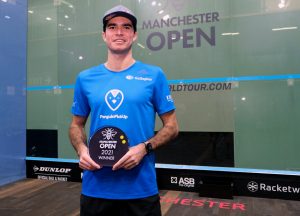 “I’m really happy with this tournament, I think it’s going to give me a lot of confidence. I was struggling with injuries, I had a problem in my hip at the start of the year, and I’m just really happy to be back playing here.

“I want to thank everyone who helped me get back to playing like this. First of all my dad, who was with me when I couldn’t even walk after the last tournament of last year. He was with me for two months just watching TV and trying to do little thing with my hip. All the people who helped me in Florida, too. My fitness coach and physio. I also want to thank Jonathon [Power, his coach] who’s been helping me a lot with my game.”

El Hammamy and Elias take home over $12,000 each in prize money, while they will both be in action at the Allam British Open, which will take place in Hull’s Allam Sport Centre between August 16-22. 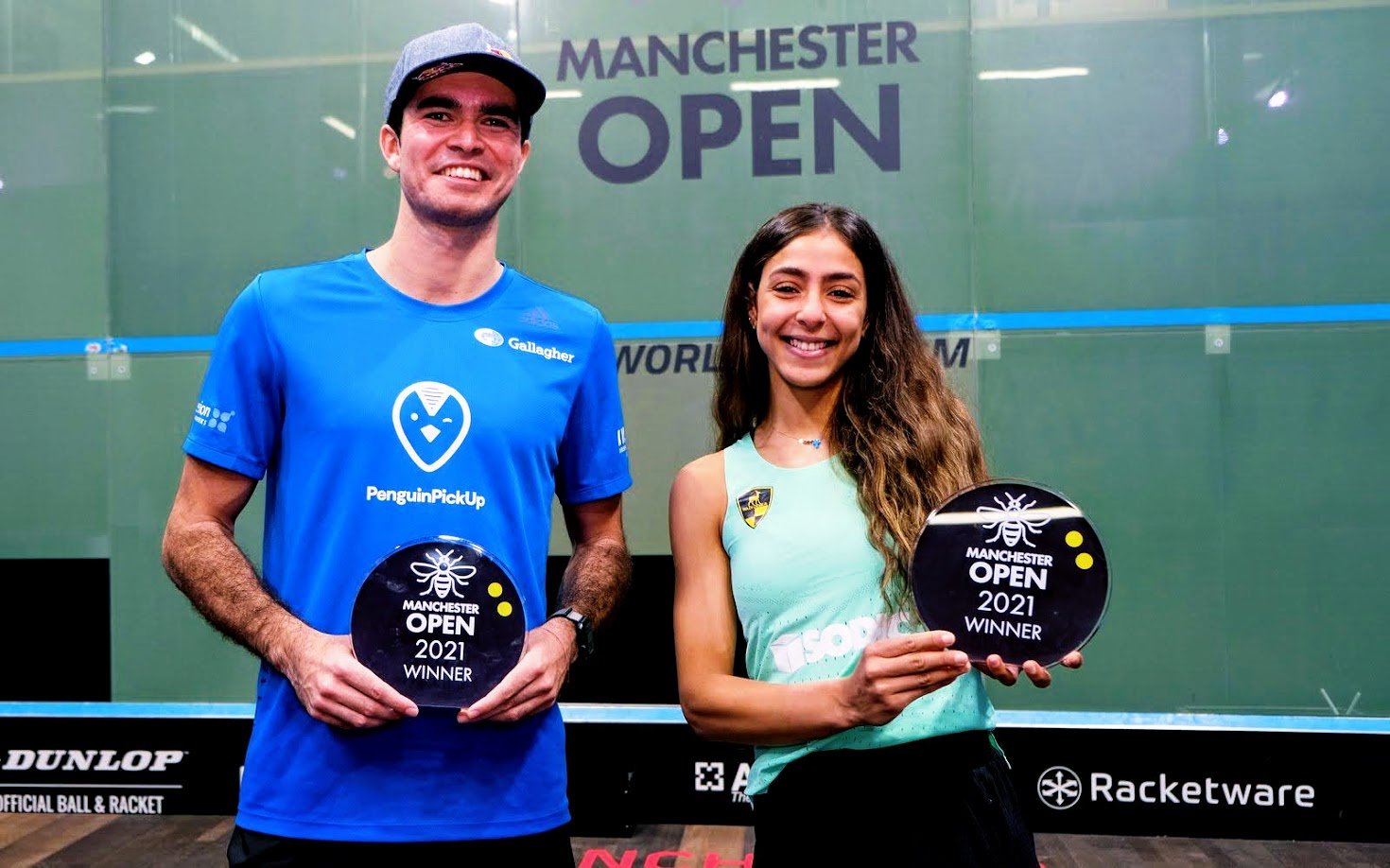