The Manchester Open, PSA World Tour Silver event – which had been scheduled for 7th to 13th June – has been moved to 9th to 13th August due to the continued impact of COVID-19 on international travel into the UK.

Under the UK Government National Health Service (NHS) Test and Trace system, athletes travelling internationally to compete at an elite sports event in England are still at risk of being notified of ‘close contact’ with a person travelling on their plane who has gone on to test positive for COVID-19. Any players affected by this would then have to self-isolate for 10 days, meaning that they would be forced to withdraw from the tournament.

Following guidance from the Department of Culture, Media and Sport (DCMS), the PSA and Manchester City Council have made the decision to push the tournament back to August in the hope that the track and trace restrictions will have eased by this time.

The PSA will continue to work with DCMS to monitor the requirements of the test and trace system and explore possible exemptions to ensure that the Manchester Open can be staged safely in August.

“This decision has not been taken lightly and we understand it will be disappointing for all involved, including our players and fans who were looking forward to seeing top class squash return to Manchester,” said PSA Chief Executive Alex Gough.

“However, for the health and wellbeing of all of our players, as well as the integrity of the tournament, we feel there is no other choice at this stage in order to protect all involved.

“We remain confident that the tournament will go ahead as planned in August, while we are also hopeful that we will be able to welcome back spectators to a UK event for the first time since March 2020. With the Allam British Open also set to take place that month, August promises to be an exciting month for squash fans around the world.” 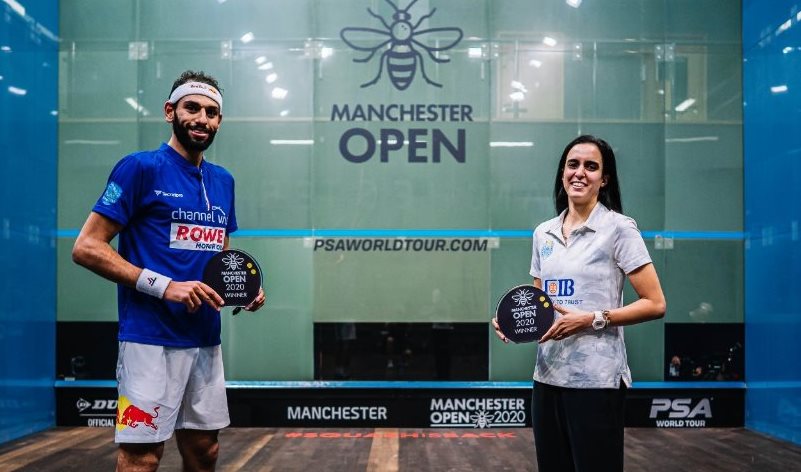